Simi Johnston is a student at Sarah Lawrence College who works in mixed media arts and studies gender theory. She grew up in Vermont and recently went on birth control. 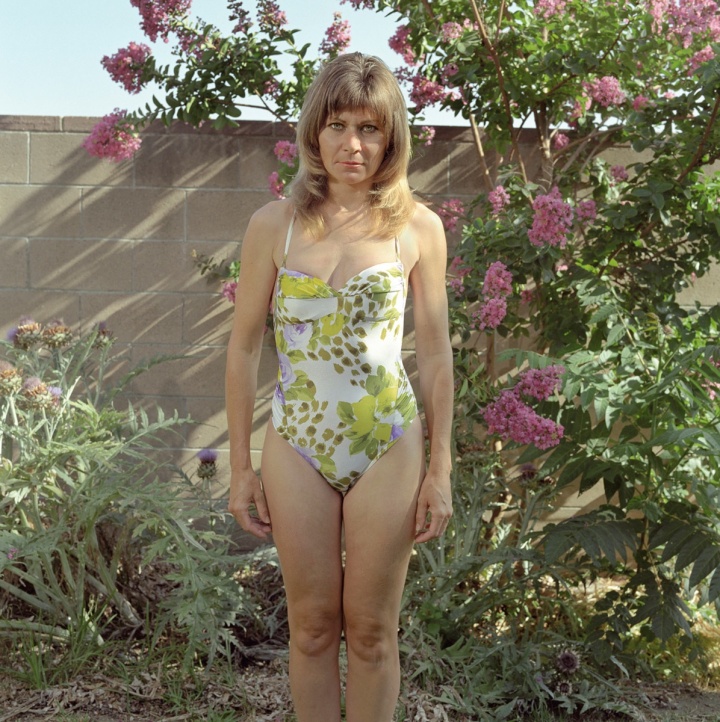 Fuck Pretty is an all female photography exhibit based in Los Angeles and curated by Angela Featherstone. Though the show recently ended its term in the Robert Berman gallery, its ability to pull together personal growth and the universal female experience is one that leaves a lasting impression. The provocative title of the show, Fuck Pretty, in many ways was what brought around this compilation of works from only female artists. While dealing with childhood trauma, Featherstone (as a model and actress) found herself confronting issues specific to her beauty and gender. Featherstone explained that the title came from a phone conversation she had with comedian Richard Jeni in 1994. She explains that while talking to Jeni about a deal that had gone south, she said, “They always say, ‘she’s so pretty and funny,’ but I say fuck pretty, gimme money.” This statement lead to Fuck Pretty, a collection of images that portray the process of self-discovery involved in the journey from child to woman for both Featherstone and the other artists involved. Furthermore, the show stands as a brave and aggressive consideration of Rei Kawakubo’s quote that “in order for something to be beautiful it doesn’t have to be pretty.” As Featherstone puts it, her show is one filled with the “violent act of truth telling” and is both a public and private investigation of beauty and the liberation art can bring.