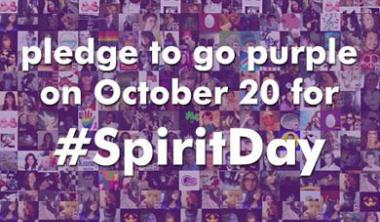 I considered putting a really really frustrated title for this week’s smorgasbord, as every single thing in the news this week is infuriating me. See below for some examples. But first, some positivity.

80 percent of shelters nationwide reported an increase in domestic violence cases for the third straight year. Three out of four shelters attributed the violence to victims’ financial issues; almost half said that those issues included job loss, and 42 percent cited the loss of a house or car. More than half of shelters also report that domestic abuse is more violent than it was before the crash.

This is a lesson many feminists have been slow to learn. Folks who have grown up with the police serving and protecting them understandably think the police work for them. Folks who’ve grown up being harassed by the police – who’ve seen their family members pulled over for no reason, arrested for being in public space, or totally ignored or even charged when they were a victim of a crime – have a different image. When the cops work for you, it seems like a pretty good idea to trust them to serve and protect. When you’ve been a target of the police, you tend to see a different picture.

The legislation has almost no chance of being brought to the Senate floor, and President Obama is certain to veto it should it ever pass both chambers. The House has brought a few bills aimed at limiting abortion access to the floor since Republicans took control in January.

But it’s getting scary out there.

If you’re at Sarah Lawrence College or in Westchester County, the following annoucements are for you!

Last year, with the Office of Community Partnerships, four Sarah Lawrence undergrad students hosted the First Annual Inter-College Women’s Cafe. We invited students from SLC and students from other colleges in Westchester (Pace, Iona, Westchester Community College, Mercy etc) to attend this event. Upwards of 80 students from all over Westchester came to discuss women’s issues on college campuses in a safe space. Some of the issues discussed during the last Cafe were girl on girl hate, body positivity, sexual assault on college campuses, the economy, the environment, bettering and empowering the Westchester/Yonkers community and many more topics! The event was well received and by popular demand we are hosting the Second Annual Inter- College Women’s Cafe! If you are interested in joining the conversation about women’s issues and meeting our neighbors, please come to the Women’s Cafe this year!
The event will be hosted in the Faculty Dining Hall on Saturday, November 12th from 5pm to 8pm. There will be free pie, cookies, coffee, cheesecake and much more! All are welcome, please feel free to bring your friends!

There is the opportunity for students to be a table facilitator for this event. The responsibilities of a facilitator would be to make sure the conversation is fluid and interesting.
If you have any questions, feel free to email me at ewilson@gm.slc.edu.
RSVP by November 2rd to partnerships@sarahlawrence.edu or call 914 395 2573.
Thank you and I hope to see you there!
*********
Please join the new SLC Feminist Collective!

A Weeks is an activism based meeting, creating an open, safe space for women (cis & trans) to talk about any & all issues they face. Meetings will be formatted as open dialogues. Members will be encouraged to share books, films, ideas, or anything they think will benefit the group. Here are some activities/events/topics that the collective will address: – American rape culture – Slut shaming – Body positivity, lookism, and the media – Sexual dynamics on campus at SLC – Female misogyny – Girl on girl hate – Sex Positivity – Acceptance and understanding of trans women – The success and failure of past feminist movements (W.I.T.C.H, riot grrrl, etc.), misconceptions of feminism – Male-identifying feminists as allies: how they can help? – Art history and religion buffs, we want you! Arts and crafts/zine making events to promote DIY fun and help spread the message of the collective!
B Weeks in the Spiritual Space– Will include guided meditation at meetings (to be led by Una Chung) intended to help women center themselves, as people often fall prey to outside influence. This meeting is reserved for female assigned at birth and female identifying people.
We created an anonymous, online help forum where women and men can submit questions, concerns, or anything the feel is relevant to the collective. All of these submissions will be discussed by the women of the collective during meetings, and those discussions will lead us to the answer we will post. All of these submissions will be gathered to be released in the form of a publication the following semester. Please visit slcwomen.tumblr.com and our facebook page SLC Feminist Collective!
A Week Meetings are Wed. 8- 9p.m. upstairs in the Black Squirrel
B Week Meetings are Wed. 8- 9p.m. in the Spiritual Space
-Potential Events are, but are not limited to, Clitfest (Combating Latent Inequality Together), workshops about sex and sexuality, zine making, dominant masculinity, harm reduction, combating the anti-choice movement, etc. We want you to help us shape this group. What are you interested in? Are there any topics you feel comfortable leading a discussion on?
Please, contact the co-chairs Ciaran Rhodes at crhodes@gm.slc.edu, Elizabeth Wilson at ewilson@gm.slc.edu or Emma Harris at eharris@gm.slc.edu and check out our Facebook page: SLC Feminist Collective!