The Women’s Equal Pay Network is an organization committed to ending gendered pay discrimination in the legal professions. Their goal is to encourage women to break the silence about discrimination they have faced in the workplace by allowing them a place to share their stories and hear the experiences of others. I recently had a chance to speak with two women working on the WEPN, Shari Olefson and Lisa Lewin, to learn more about the organization. 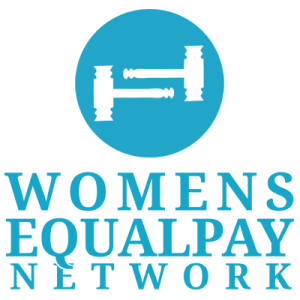 Tell me a little about how and when the Women’s Equal Pay Network got started:

Shari: It actually started when a few of us at the Carnegie Group became more aware of the issues that women faced in really enforcing their rights when it came to enforcing equal pay, and we thought it would be great if women had a place to tell their stories. The legal system can be really inaccessible, and this is a way to give women a voice.

What strategy is the WEPN using to seek an end to gender discrimination in the legal professions?

Lisa: What I’m trying to do through social media is build a following and give news updates, highlights, trends, whatever’s going on out there currently about the equal pay discussion, and at the same time direct people to the website. It’s important to have that first step of having somebody listen to the women sharing their stories and helping them feel validated.   I think with everything it’s very hard to put a face to an issue when you just keep hearing these numbers all the time. When you hear someone’s personal story it’s easier to put a face to the issue.

What would you say has been your greatest accomplishment, or most rewarding experience, with the WEPN so far?

L: I’ve only been doing this for about three weeks now, and there’s a lot of start-up. In another life I was a lawyer so I love to tackle something new and research it. Personally I really enjoyed just digging into it and seeing where things stood. From a social media angle, it’s very hard to build a following from scratch and move into an area like this that has such heavy hitters. And we’ve been able to move in, we’ve been re-tweeted by Ms Magazine; we’ve had people dialoguing back and forth on twitter. We’ve been able to become part of the conversation very quickly.

S: Everyone I’ve spoken to so far and asked if they’re interested in being involved in this, has been so overwhelmingly enthusiastic.   They just are very excited about being involved. Everyone has automatically shared at least one of their stories. Always, everyone has a story like that.

L: Everywhere you go, you’re right, everyone has a story.

S: Think about if we didn’t have this issue, what the arc of our lives would be like. It would be totally different. There’s never been a depository for those stories. It’s been really rewarding to see.

What do you see in store for the future of the Women’s Equal Pay Network?

S: First of all, we really have to focus on growing the social media platform and of course we need to focus on growing the story bank. But we really need to find a way to make people comfortable.   There really is a social stigma with talking about this issue. Getting women to share these stories has been really challenging, but once you do, they really open up. Some people have fifteen or twenty stories, not only their own, but they want to share others’ stories as well.

What are the best ways for others to get involved in the fight for equality in the workplace?

S: Get involved with the Women’s Equal Pay Network! Get people to share stories. If you know of someone who is experiencing challenges with their work, we will also help someone who wants to file an EEOC charge. There is an unlimited license to use our logo. Stay aware of the news. Re-share it, re-tweet it, like it. The more people who see that we’re talking to each other, the more power we have together. There’s a power employers have in knowing women are too afraid to talk about this. By outing that, we eliminate that huge power.

L: I agree. It’s social media. Once you start to see everyone else doing it you want to jump on the bandwagon. This is the way people talk and this is the way they get their information. We need to get people to be comfortable sharing their stories. This is a unique place where people can take a moment and be heard about what’s happened to them. I think people don’t realize how many people it affects.

Are there any final things you’d like to say about employment inequality or the Women’s Equal Pay Network?

S: If there are readers who are interested in becoming involved, all they have to do is type their story. We really want to get those stories.

If you’re interested in learning more, getting involved, or reading the stories, visit the Women’s Equal Pay Network at www.wepnetwork.com, and follow them on twitter @WEPNetwork