It’s that time of year when many elementary school kids across the United States don capotains, buckle boots, headdresses, and moccasins to celebrate Thanksgiving. Cue the romanticized and often derogatory imagery of Native Americans, the tidy and tired story of the Pilgrims and Indians where “everyone gets along [and] everyone gets to eat.” [1]

Earlier this month, Sidney Wegener wrote about “Why We Should be Anti-Celebrating Thanksgiving.” She points out that the kids learning the “Pilgrims and Indians” story grow up to be adults who perpetuate this false narrative, instead of coming to terms with the much more complicated reality. “While not all families have the economic resources to participate in traditional American Thanksgiving celebrations,” Wegener writes, “everyone has the capability to change the way they think about this national holiday.”

So how can parents responsibly talk with their kids about the Thanksgiving story and Native Americans, without falling back on the “Pilgrims and Indians” myth or homogenized and romanticized depictions of Native peoples? One way is to read books about Native characters, written by Native American/First Nations authors.

How do you find those books? Thankfully, there are many resources online for just that purpose. (I have included a selection of websites and articles below.) But while there are a growing number of children’s and YA books by and about Native American/First Nation peoples, they are still vastly underrepresented in the publishing world. 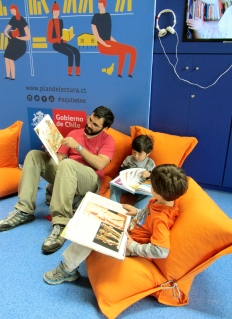 In 2014, the #WeNeedDiverseBooks campaign – and later the We Need Diverse Books nonprofit organization – was launched to support diversity in children’s literature. [3] They, along with many authors, scholars, critics, editors, and readers, have increasingly called on the publishing industry to produce and promote books for children and young adults that respect and reflect a broader range of identities and experiences. Critically, this effort must include publishing more books written by diverse authors and hiring diverse editorial staff. [4] Publishers, of course, respond to what sells, so you can join this effort by buying books by and about diverse people or by checking out books from your local library (you can often request or recommend books for purchase if the library doesn’t have them in their collection).

So, this Thanksgiving, whether you have children or teens in your life or you appreciate a good children’s or YA book, take the opportunity to choose a story that is about Native characters, written by Native American/First Nations authors.

November, in addition to being Native American Heritage Month in the United States, is also Picture Book Month. Celebrate both by reading and sharing picture books written by and about Native Americans and First Nations peoples. Find some suggestions in the resources shared below.

Native American children’s and YA book recommendations and resources:

Diversity in children’s and YA books:

[1] Klem-Marí Cajigas, “Tackling Racism in Children’s Classics: The Thanksgiving Story,” Nashville Public Library. Accessed on November 9, 2019. See also “Do American Indians Celebrate Thanksgiving?” by Dennis Zotigh, National Museum of the American Indian, November 23, 2016.
[2] Data on books by and about people of color and from First/Native Nations published for children and teens is compiled by the Cooperative Children’s Book Center, School of Education, University of Wisconsin-Madison. More information can be found on their website. Accessed on November 9, 2019.
[3] The We Need Diverse Books organization defines diversity as “including (but not limited to) LGBTQIA, Native, people of color, gender diversity, people with disabilities*, and ethnic, cultural, and religious minorities.” I use this definition when referring to “diverse” people in this piece.
[4] Kacen Callender, “We Need Diverse Editors,” Publishers Weekly, November 1, 2019.

Rebecca Hopman is a first-year student in the Women’s History graduate program at Sarah Lawrence College. She is the Project Archivist at the Sarah Lawrence College Archives and works as an editor for the Re/Visionist. Her research interests include the history of itinerant performers, gender dynamics in artistic communities, women’s life writing, and women’s collegiate experiences.