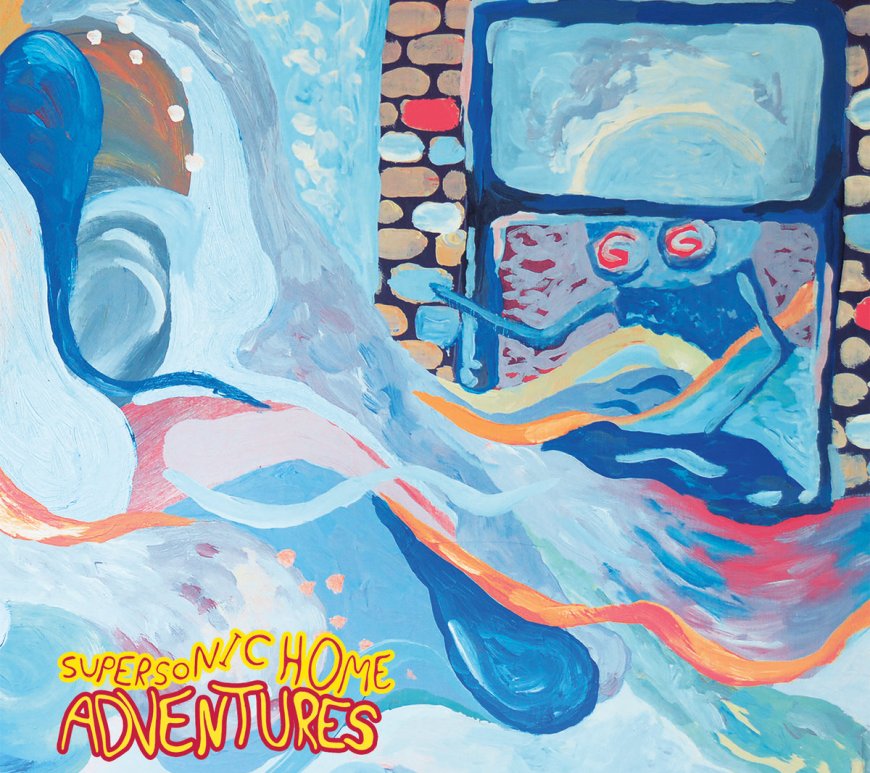 By Marian Phillips During the 1980s, the first wave of emo music was born. An offshoot from Washington, D.C. hardcore bands, the musical genre introduced the world to traditional punk stylistic elements mixed with emotional vulnerability and poetic lyrics. Most notably, emo’s roots can be traced to Rites of Spring, making them the fathers of emo. In the beginning of the 1990s, the Midwest became … END_OF_DOCUMENT_TOKEN_TO_BE_REPLACED 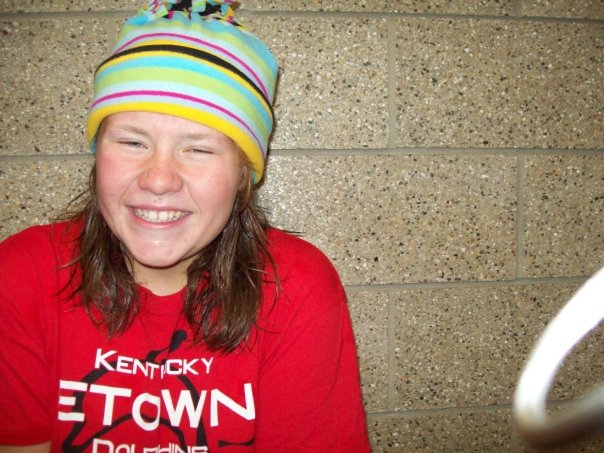 By Hannah McCandless Hannah is a first year graduate student in the Women’s History program at Sarah Lawrence College. Sitting in Mrs. Carter’s seventh grade Language Arts class during the fall of 2007, I slid down in my chair, legs spread out, relaxed – no care in the world. I always sat like that, not thinking about how much space I took up and loving … END_OF_DOCUMENT_TOKEN_TO_BE_REPLACED

By Jackie Collens The Women’s Equal Pay Network is an organization committed to ending gendered pay discrimination in the legal professions. Their goal is to encourage women to break the silence about discrimination they have faced in the workplace by allowing them a place to share their stories and hear the experiences of others. I recently had a chance to speak with two women working … END_OF_DOCUMENT_TOKEN_TO_BE_REPLACED

Book Review by Hank Broege “The American Africa” In the land of sloth and vice Where they never heard of ice Where the donkeys and women work all day Where the land is full of ants And the men don’t wear their pants It is here the soldier sings his evening lay. Underneath the boiling sun Let them have their Benet gun And return us … END_OF_DOCUMENT_TOKEN_TO_BE_REPLACED

In an attack on women of color’s reproductive freedoms, anti-choice members of Congress have pushed for a bill called the “Susan B. Anthony and Frederick Douglass Prenatal Nondiscrimination Act,” which seeks to prevent women of color from attaining abortions in the name of “civil rights.” Clarification: Neither Susan B. Anthony nor Frederick Douglass would have supported this BS. In some of the most public displays … END_OF_DOCUMENT_TOKEN_TO_BE_REPLACED

Note: The present paper is a synopsis of my college thesis, written over a seven-month period from 2005-2006. While editing the thesis for publication in RE/VISIONIST, I reflected that some of the material from this study has the potential to be outdated. As a social scientist, my immediate rationalization was to delve into articles published in the past five years and consequently update the study. However, I decided against this option, and chose to submit it to RE/VISIONIST as a historical document reflecting inhabitants of a very specific temporal and social location – New England senior women of the mid-2000s.

Over the past couple decades, numerous psychological studies have been conducted to examine whether the exposure of girls and young women to images of thin, glamorized women in popular media, such as Glamour and Cosmopolitan magazines, results in disordered eating and/or poor self-regard. Some researchers (Champion & Furnham, 1999; Cusumano & Thompson, 1997; Martin & Kennedy, 1993) maintain that this particular relationship does not lead young women to internalize these socially imposed norms.  However, other studies have concluded the opposite, positing that exposure to such photographs can cause an increase in body dissatisfaction, depression, and low self-esteem (Morrison, Kalin, & Morrison, 2004; Pinhas, Toner, Ali, Garfinkel, & Stuckless, 1999; Turner, Hamilton, Jacobs, Angood, & Dwyer, 1997).

END_OF_DOCUMENT_TOKEN_TO_BE_REPLACED 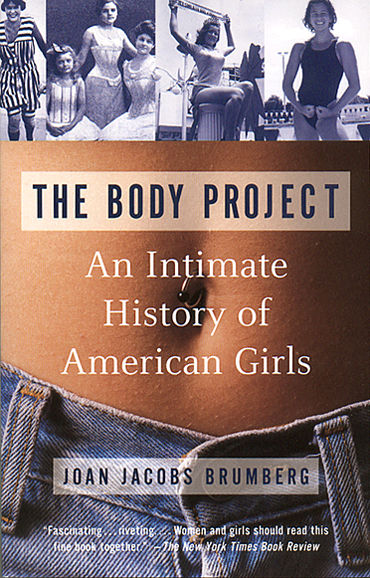 One of the most peculiar things about The Body Project: An Intimate History of American Girls is that it seems, at times, to have been written by your Great Aunt Rose. Joan Jacobs Brumberg is an accomplished historian and an enlightened thinker, but she sometimes expresses a tone of agonized propriety that I can’t recall having heard since the days when Lucy and Ricky slept in separate beds. Take, for example, the following sentence, delivered absolutely without irony in the course of an impassioned plea on behalf of sexually exploited teenage girls: “The way in which a society handles young girls in trouble,” she writes, “is…revealing.”[1] The “trouble” to which Brumberg is referring to is, incredibly, the “Is she in trouble?” kind of trouble. The kind of “trouble” that always comes with quotation marks around it, even when it’s used in conversation.

Except, I haven’t heard that kind of “trouble” used in conversation since I was a small boy in Texas, playing under my grandmother’s dining room table, and listening in on the conversation of the old ladies in my family who still considered “pregnant” an unsuitable term for that “delicate condition.” Likewise, “out-of-wedlock births,” another Eisenhower-era phrase of which Brumberg avails herself several pages later.[2] In fact, The Body Project is sadly, but revealingly, littered with such creaky, antiquated expressions. Never more so, I’m afraid, than in the very, very unfortunate section devoted to body piercing, of which the following sentence is perhaps the most mortifying: “Teenagers today,” Brumberg explains, “grow up in a world where rigid dichotomies between gay (homosexual) and straight (heterosexual) behavior are disappearing.”[3] Oh, dear, dear, dear. Statements like this remind me of the kind of “talks” ladies used to give on current events during monthly luncheons at the club. END_OF_DOCUMENT_TOKEN_TO_BE_REPLACED 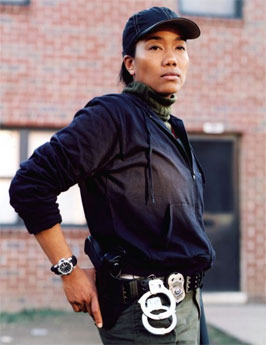 At the end of her text No Turning Back: The History of Feminism and the Future of Women, Estelle Freedman takes a moment to reflect on the changes that have occurred in both the public and private sectors with regards to women’s issues.  She notes “[w]omen and men are demanding new social policies that allow them to choose both caring and breadwinning rather than choose between them.”[1] It is apparent from The Wire’s depiction of both Russell and Greggs, however, that the show is a bit behind the developments that Freedman lauds in her text.  Ultimately the show’s story arc stays with Greggs while Russell is relegated to a secondary position after just one season.   Greggs’ character seems to illustrate Simon’s argument that in order for a woman to succeed in the high energy and exciting world of crime fighting in Baltimore, she must essentially align herself more closely with traits we have come to regard as part of the male gender, rather than with the female. END_OF_DOCUMENT_TOKEN_TO_BE_REPLACED 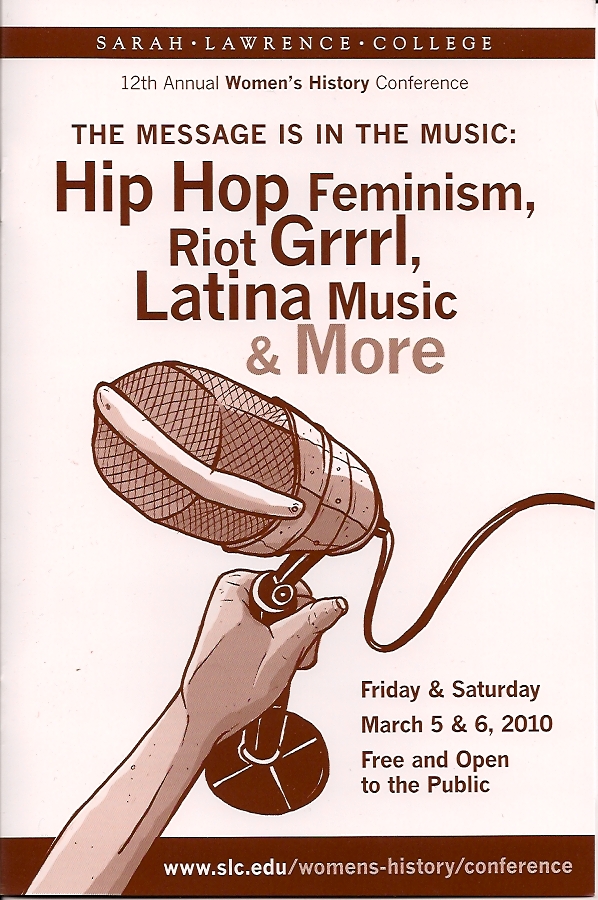 Editor’s Note: In light of this year’s Women’s History Conference, “Breaking Boundaries,” we are happy to present this previously unpublished work from last year’s conference.

In Check It While I Wreck It, Gwendolyn D. Pough, a Women’s Studies scholar, argues that many scholars have ignored the achievements of black female rappers and limited themselves to criticizing the sexist portrayal of black women in hip hop culture. The author claims that although hip hop is indeed dominated by men, black female singers use this type of music to disrupt dominant masculine discourses.

At the Women’s History Conference hosted by Sarah Lawrence College (Bronxville, New York) on March 5-6 2010, scholars explored the ways black women expressed politics through music. The theme of the conference, “The Message is in the Music: Hip Hop Feminism, Riot Grrrl, Latina Music and More,” reflected Pough’s belief in the potential social and political influence of hip hop. The presenters argued that although hip hop can be problematic at times, female artists are not just marginalized or victimized by it: they use hip hop to offer counter narratives.

The scholars present at the panel “Love, Sex and Magic: Hip Hop Feminism as a Tool for the Creative Renegotiation of Black Female Desire” on March 6, argued that hip hop is not unique in its use of sexist representations of women and its commodification of black women’s bodies. The exploitation of these bodies for the privileged is one of many shameful relics of slavery, when they were used as cheap labor and objects for sexual relief. END_OF_DOCUMENT_TOKEN_TO_BE_REPLACED

Editor’s Note: A previous version of this article was not formatted correctly. Below is the correct version with the author’s original format.

“We’re helping women find themselves . . . . The women really undergo an emotional transformation.  They go from being really in a rut to wanting to go out and conquer the world.” 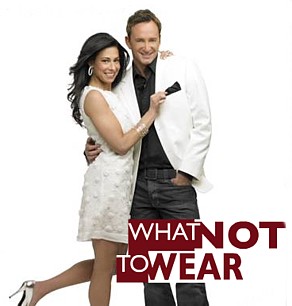 Is this speaker talking about self-defense classes, or assertiveness training, or maybe seventies-style consciousness-raising?  Not even close.  Clinton Kelly is talking here about a popular reality television makeover show, What Not to Wear.[1] Kelly, along with Stacy London, hosts the U.S. version of a series that started here in 2003 and is still going strong.  The original U. K. series ran on the BBC from 2001 to 2007 and aired in twenty-two countries around the world, including Poland, Peru, and the United Arab Emirates.

So what’s the worldwide appeal of the show?  It promises its subjects (mostly, but not exclusively, women) that happiness can be theirs, through professional and romantic fulfillment, if they just learn to change the way they dress.   Nothing wrong with happiness, is there?  What’s not to like, then, about What Not to Wear?  How about the fact that it co-opts feminist rhetoric to promote an anti-feminist agenda?  And why now?  What twenty-first century anxieties does the show play to?  Is it part of the cloudy and contradictory concept of “postfeminist” culture? END_OF_DOCUMENT_TOKEN_TO_BE_REPLACED