By Marian Phillips During the 1980s, the first wave of emo music was born. An offshoot from Washington, D.C. hardcore bands, the musical genre introduced the world to traditional punk stylistic elements mixed with emotional vulnerability and poetic lyrics. Most notably, emo’s roots can be traced to Rites of Spring, making them the fathers of emo. In the beginning of the 1990s, the Midwest became … END_OF_DOCUMENT_TOKEN_TO_BE_REPLACED

By Marian Phillips Marian Phillips is a second year Master’s candidate at Sarah Lawrence College studying Women’s History. When I was thinking about what I was going to write about during the month of October, I considered everything I knew about women and feminism mixed with the horrific, absurd, and surreal. I thought about women I have written about previously (Diablo Cody, Karyn Kusama, and … END_OF_DOCUMENT_TOKEN_TO_BE_REPLACED 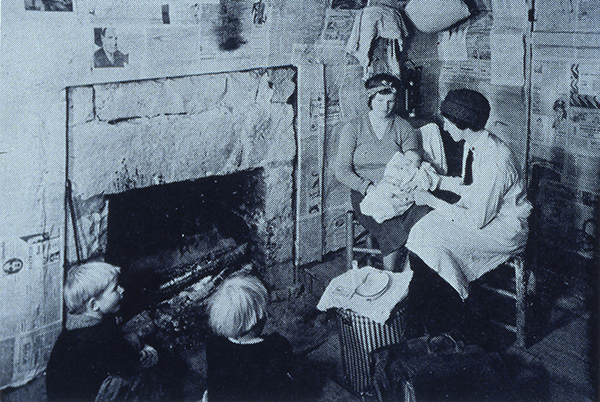 By Alison Feese Alison is a student working to become a Certified Nurse Midwife. She is a birth doula and advocate for women’s health. She is from Columbia, Kentucky and provides services across Central Kentucky. Liberation is the act of setting something free from imprisonment or oppression. Whether it is our mind, body, or soul, we are often not aware of the imprisonment we are … END_OF_DOCUMENT_TOKEN_TO_BE_REPLACED

By Noelle Iati Noelle is an undergraduate student at Sarah Lawrence College. In my last post, I explained the reasons for the Turkish-Kurdish conflict and the Turkish interest in destroying the Autonomous Administration of Northern and Eastern Syria, commonly known as Rojava. In this post, I explore the gross human rights violations committed by Turkish forces and their jihadist allies pursuing a cultural genocide in … END_OF_DOCUMENT_TOKEN_TO_BE_REPLACED

By Hannah McCandless Hannah McCandless is a second year Master’s student at Sarah Lawrence in Women’s History. Her research interests include education, women in Appalachia, and the Civil War. Though a completely incorrect assumption, I grew up thinking that there were not that many activists in the state of Kentucky. I thought for some reason that activism happened in large cities, which Kentucky is especially … END_OF_DOCUMENT_TOKEN_TO_BE_REPLACED

March 2, 2013 4:45 PM This panel will be moderated by Dr. Rona Holub, chair of the women’s history department at Sarah Lawrence College.  From Stella Wright to Stellar Homes: Black Women’s Activism and the Newark Tenant Movement 1969-1974 Victoria McCall This paper explores the meanings and significance of the landmark rent strike at the Stella Windsor Wright Homes in Newark, New Jersey, which took place between 1970 … END_OF_DOCUMENT_TOKEN_TO_BE_REPLACED

By Emma Staffaroni On June 28, 2012, when the Supreme Court upheld the Patient Protection and Affordable Care Act known familiarly as “Obamacare,” women around the nation breathed a sigh of relief. Planned Parenthood reports that in the two years since the law’s passage, 20 million women have received preventative health care services. It was Nancy Pelosi  who first publicly stated that under this law, … END_OF_DOCUMENT_TOKEN_TO_BE_REPLACED

At the end of her text No Turning Back: The History of Feminism and the Future of Women, Estelle Freedman takes a moment to reflect on the changes that have occurred in both the public and private sectors with regards to women’s issues.  She notes “[w]omen and men are demanding new social policies that allow them to choose both caring and breadwinning rather than choose between them.”[1] It is apparent from The Wire’s depiction of both Russell and Greggs, however, that the show is a bit behind the developments that Freedman lauds in her text.  Ultimately the show’s story arc stays with Greggs while Russell is relegated to a secondary position after just one season.   Greggs’ character seems to illustrate Simon’s argument that in order for a woman to succeed in the high energy and exciting world of crime fighting in Baltimore, she must essentially align herself more closely with traits we have come to regard as part of the male gender, rather than with the female. END_OF_DOCUMENT_TOKEN_TO_BE_REPLACED

In the process of writing a Master’s thesis, what follows is a primary source analysis using the provided links. For the purpose of this step in my work, the original source was edited to focus on the interviews with various women and organizations within Kosovo taken by journalist Peter Lippman in 1998 and 1999.  I also include some of his journal entries that he wrote during his time in Kosovo.

In 1990, as Serbian nationalist rhetoric became stronger and stronger in the former Yugoslavia with Slobodan Milosevic at the helm, the autonomy granted to Kosovo in the years before was slowly stripped away.  The Serbian government’s first step was to disband the Albanian police force in Kosovo and install a force of over 2,500 Serbian police.[1] Albanians were no longer trusted to police themselves and soon a domino effect would occur.   Albanian men and women in various positions of power or authority in schools, hospitals and governmental positions resigned or were replaced by Serbian counterparts.

The Albanian men that were a part of the Assembly of Kosovo—the governing faction of Kosovo that was represented in the Yugoslavian government—continued to try to counteract the aggressive and destructive legislative moves of the pro-Serbian authority but were repeatedly out-ranked and out-maneuvered.[2] Eventually, all Albanian media sources would be suppressed.  Newspapers and broadcast systems were disbanded or taken over by Serbian workers.  As the Albanian population became increasingly subjugated, a seemingly unanimous decision amongst the population was to not trust or recognize the power of Serbia over them, at least in secret.  Many schools were closed, and those that remained open to Albanian children forced them to learn solely the Serbian language and the Cyrillic alphabet.  Soon  a “parallel”[3] society and government would emerge in Kosovo.  Elections for an illegal, secret government were held in 1992.  Schools and classes were held in homes and other private buildings, paid for by parents and donations from Albanians in the Diaspora community.[4] In the early 1990s, the Albanian community would construct an entire society in secret, while publically trying to stay out of the Serbian government’s way. END_OF_DOCUMENT_TOKEN_TO_BE_REPLACED

Good morning ReVisionaries! We have the honor of publishing a poem by SLC Women's History student Nicole Hayes. Click the link in our bio to her poem Benign Soul! Nicole is a first-year graduate student in the Women’s History Program. Her area of interest is in Black feminism, especially Black queer women’s involvement in social and political activism.
Good Morning Revisionaries! In celebration of April, Earth Day, and the end of a long winter, we announce our April theme “Renewal.” We are keeping this topic broad for a reason-renewal is something different for each one of us. Whether spiritual, physical, emotional, artistic, or any of the other ways that we experience rebirth and renewal, we want to hear your stories about what this means to you. Email is your submissions, Link in bio to the blog!
Hello Revisionaries, we have a new post by our editor Sidney Wegener (@sidwegs)
Hello Revisionaries and poetry lovers we have a new post by Zuzanna Pawlowska "I will not cry again." Zuzanna is a gender studies and law student at SOAS University of London. They're an intersectional feminist who is writing their thesis on the creation of sexist and homophobic society in Poland and it subsequence dehumanization of Polish women. Follow link in our bio to read their Poem!